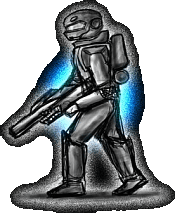 In Windstille the player will be placed in a foreign alien world and has to find its way back into safety. Special focus will be on getting the foreign world and the players character itself believable. Exploration will be more needed than plain shoot action, even so the players-character will be equipped with a multifunctional war-suit, so he will be far from defenseless. The game will have slow placed explore and seak sequences as well as more rough section that will feature fast shoot and jump action. The game world should be presented in a consistent state, enemies once destroyed should not respawn automatically. The player is free to go forward and backward in the world as long as the level design allows it.

The game will be presented in a classic 2d jump'n run perspective, while multiple layers of tile-maps, zooms, parallax scrolling and fluent animations should give the world a plastic and realistic feeling.

The main opponents in the first few levels will be animals, like insects or spiders, from the foreign world. Doding them instead of fighting them might often be a valuabl choice, even so the player should have a good amount of freedom about how he solves the problem he is facing.

To allow a wide varity of puzzles and story events inside the game, it will have to rely on a scripting engine. Game content should be influencable quite a lot by scripting so that level designers and script writers have the freedom needed to create a compelling game.

Relations to other games

If somebody now thinks this sounds similar to Another World, Flashback, Turrican, Metroid or Prince of Persia he is quite right, all these games have been a big source of inspiration, but simply cloning them is not the point of this project.